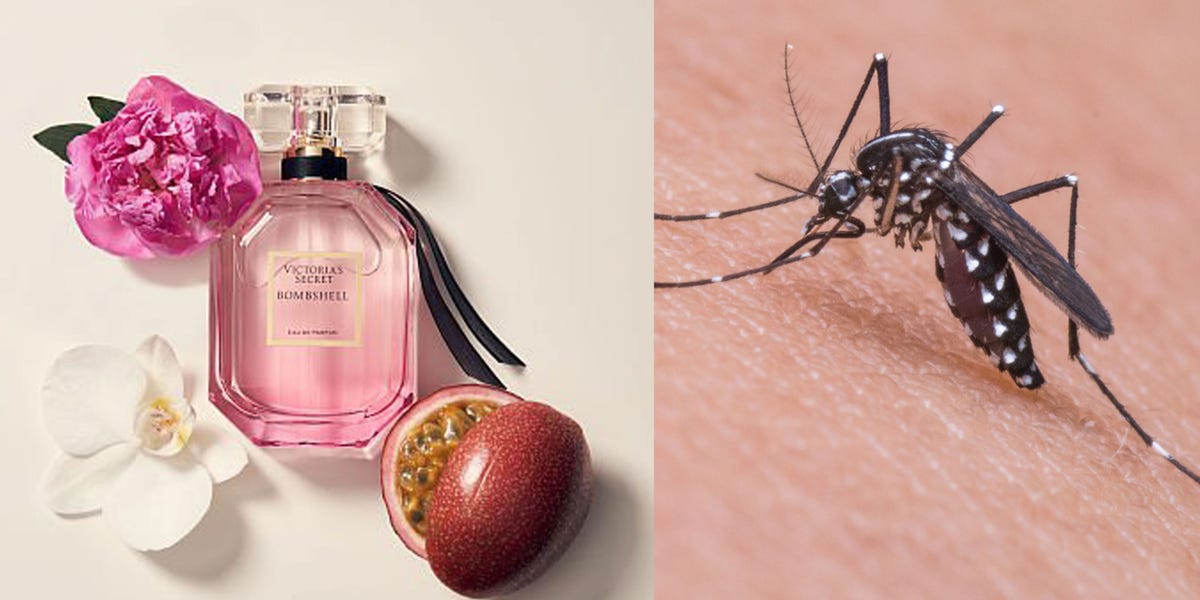 Some TikTokers have started using a $60 Victoria’s Secret perfume to ward off mosquitoes after seeing viral videos claiming it works as insect repellent.

The fragrance, Victoria’s Secret Bombshell, is a “fruity, floral” formula with notes of purple passion fruit, Shangri-La peony and vanilla orchid, according to the brand.

But it’s now become the spray of choice for repelling mosquitoes at kickball games, or when visiting islands off the coast of Mexico, and for everyday life in Mississippi. Some say they prefer the scent to standard DEET insect repellent and claim it works better than standard mosquito repellent.

TikTok is full of unsubstantiated or dangerous hacks, but surprisingly, a 2015 study backs up the Bombshell-as-bug-spray idea. The study tested eight common insect repellents plus Bombshell, and the scent was shown to repel mosquitoes for up to 120 minutes, beating most botanical insect repellents included in the study.

Mosquitoes are attracted to humans based on a combination of “olfactory cues” like body heat, carbon dioxide and skin odor, Dr. Floyd Shockley, head of collections, told Insider. entomology at the Smithsonian National Museum of Natural History. The scent more likely acts as a form of “chemical camouflage,” Shockley said, than as a repellent.

But while Bombshell can technically do the job, using perfume as mosquito repellent isn’t exactly cost effective. A can of OFF! – which was found to be more effective than Bombshell in the same 2015 study – will cost you as little as $8, while a bottle of Bombshell eau de parfum will set you back $60; a mist $25; and a $20 rollerblade.

Additionally, it’s important to note that participants in the 2015 study applied about five times the standard volume of perfume – about 0.5ml, whereas a typical spritz of perfume is closer to 0.1ml. . So while it’s effective in high doses, those doses aren’t exactly realistic for everyday use, either for easy portability or cost.

“If you use enough, mosquitoes won’t ‘see’ you as a potential host because you won’t smell good,” Shockley said of the Bombshell scent. But, “at the doses used in these studies, you would undoubtedly be repellent to others as well.”