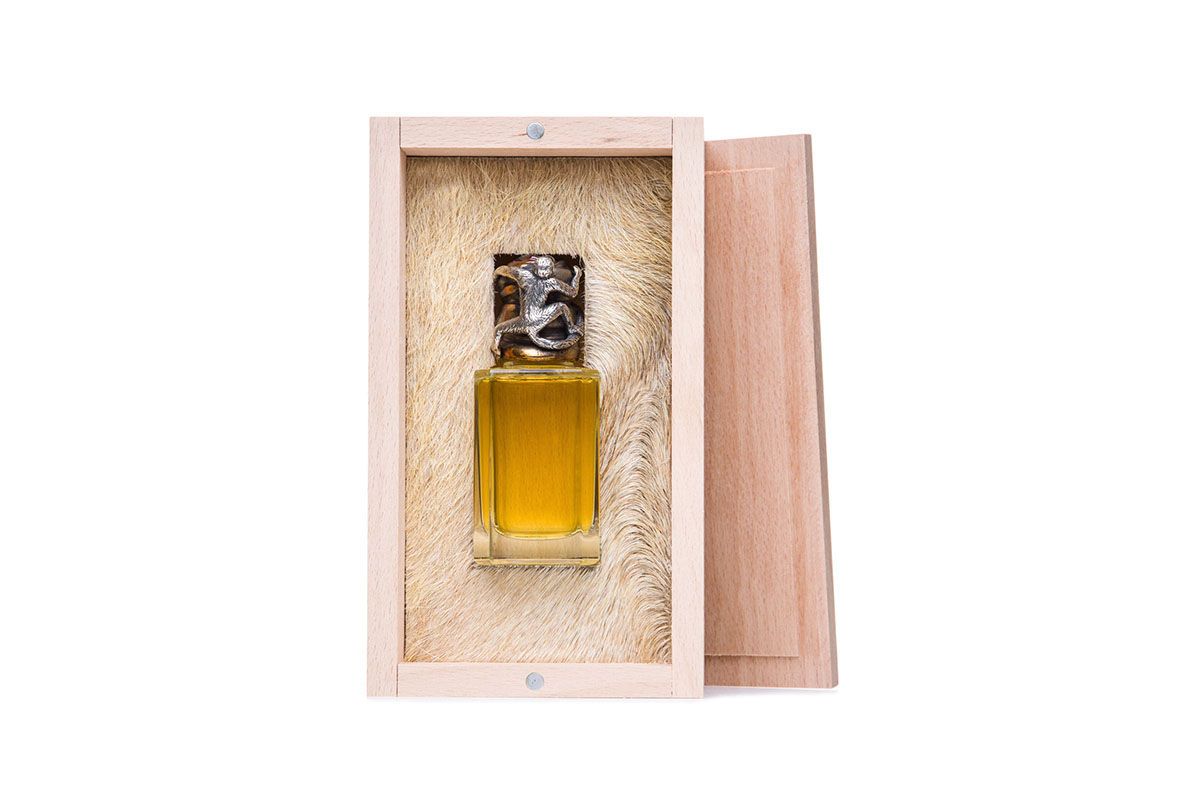 Want to smell like Rick Owens’ Spring/Summer 2022 collection? There’s a scent for that.

Under Michèle Lamy’s LAMYLAND, the designer released an ultra-luxe fragrance to accompany the release of his SS22 collection, “FOGACHINE”.

Limited to 1,000 editions, creation doesn’t come cheap. $1,700 gets you a cocktail of scented components sourced from around the world, along with some very opulent packaging.

Where to start? First, the 50 milliliter bottle is swaddled in a wooden box (made from silver fir trees) lined with camel skin (fur intact).

The bottle itself – particularly its rose-shaped stopper – is equally opulent. Handcrafted in Italy, the bronze and silver bud is sculpted with a small monkey, adding a monkey touch to the olfactory design piece.

As for the fragrance itself, it’s a sweet, woody citrus that has top notes of Calabrian bergamot, a heart of palo santo, and a base of amber and vanilla – think of it as a sweet citrus. .

While information on the scent’s origins is sparse, it appears to date back to 2017, according to a post on Owens’ Twitter. Since then, Lamy has spawned a handful of other fragrance projects, including a rare, untitled perfume encased in a silver tube and a collaboration with Edward Bess.

As Owens tweeted, the scents are hand-blended by Lamy. So if you trust his nose – and the camel-skin box of the perfume doesn’t put you off – LAMYLAND: The perfume might just have your name written on it.

How to make your perfume last longer

Does the perfume expire? Signs your perfume has gone bad