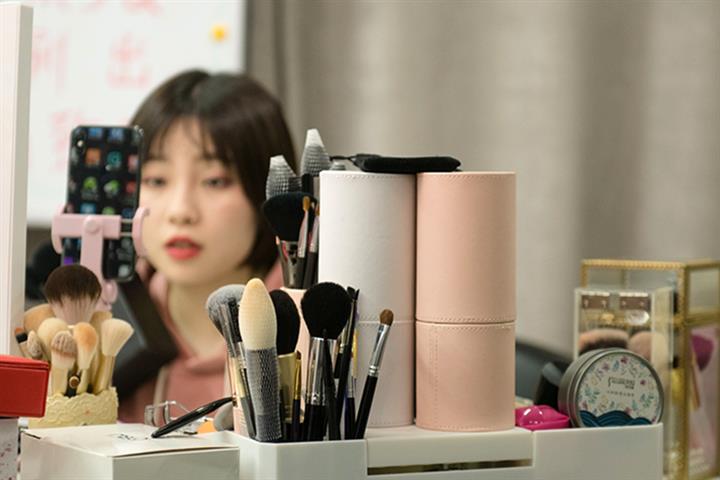 (Yicai Global) Nov 10 — Many newly established Chinese cosmetics brands, such as Binarix and Winona, are leveraging e-commerce platforms, including China’s version of TikTok Douyin and Alibaba Group Holding’s Taobao, mostly from their marketing and sales. But these channels come at a cost.

A booming new brand spends more than CNY 1 million ($138,085) per month on marketing, and that figure rises during major promotional events such as 618 and Double 11 shopping festivals, a brand manager says chinese skin care.

Most of the products showcased by live-selling hosts on Douyin at this year’s Double 11 gala, which runs until the middle of the month, are young domestic brands. A makeup artist told Yicai Global that more than 80% of her sales during the e-festival came from Chinese labels.

Binarix’s live sales on Douyin are doing particularly well during the Double 11 festival, the Chinese cosmetics company’s chief executive said. The two-year-old company had planned to sell 60% of its products on Taobao and 40% on Douyin during the gala, but it looks like it will sell more on Beijing-based Douyin.

Binarix does most of its marketing through lifestyle services platform Xiaohongshu and Douyin and most of its sales on Alibaba’s Tmall and Douyin. While Winona is mainly available on e-tailers such as Tmall, Vipshop and JD.com as well as an online marketplace on WeChat.

The turnover of this year’s Double 11 commercial bonanza has not been as good as in previous years. So far, makeup sales are about 10% lower than last year, and skincare products are only 5-10% higher than last year, an industry insider told Yicai Global.

Troubled by split ends? Use these DIY hair care tips

Ranking of the 10 best cosmetic brands according to Generation Z