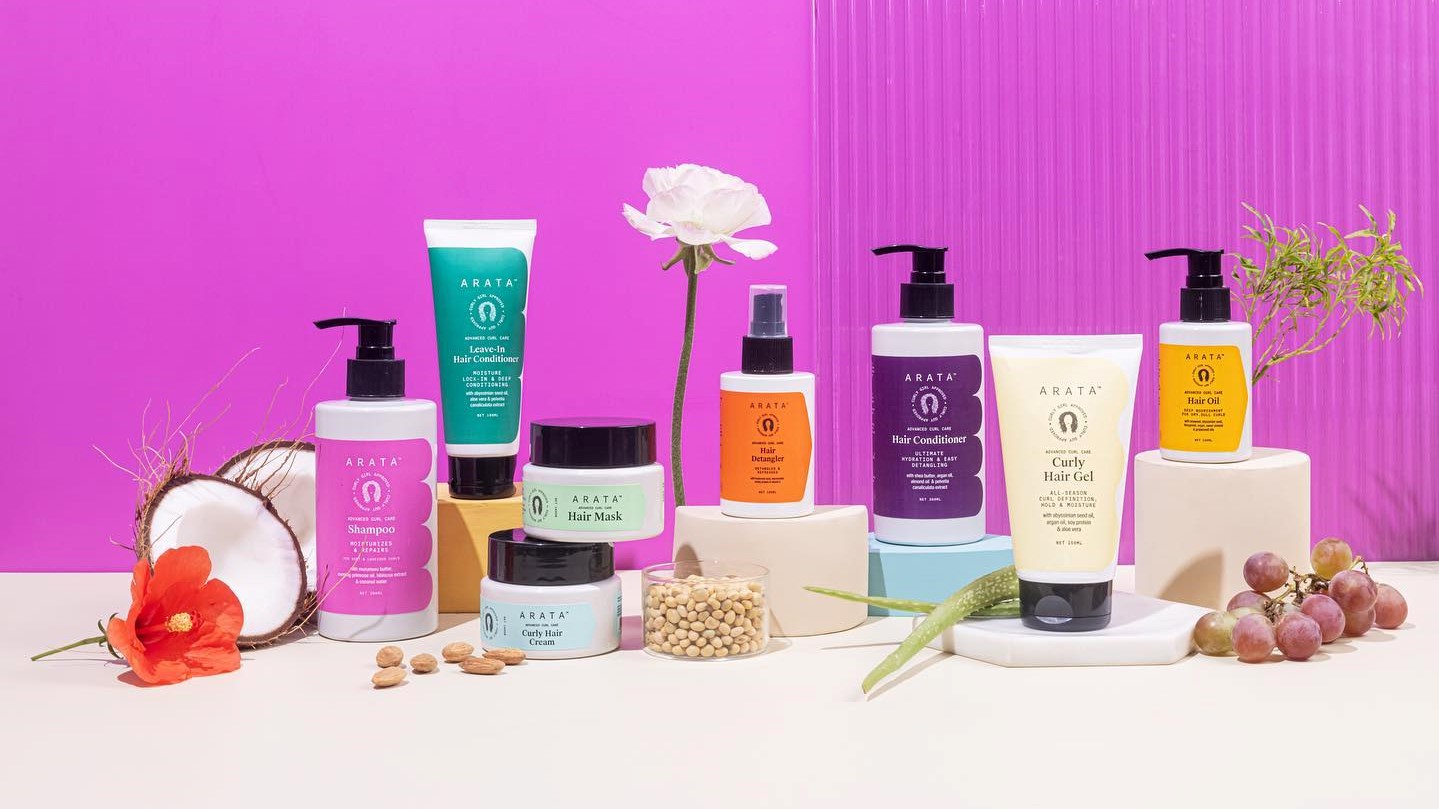 While haircare is a huge market in India, Arata believes innovation has stalled in recent years, with the focus on skincare and color cosmetics.

“​We see 2022 to 2025 as the era of hair care,”said Dhruv Bhasin who founded the company together with Dhruv Madhok.

Arata recently launched a line of hair care products for curly hair. The founders decided to develop the eight-piece line to counter the long-standing beauty standard of sleek, straight hair in many societies across the Asia region.

“​The core philosophy behind the development of our curl line was to reinforce that the definition of beauty goes beyond straight hair and to make the curly hair community feel empowered, heard and understood. Bhasin said.

Madhok added: “​We decided to show what curly hair was capable of transforming into when given the chance, instead of dooming it to the fate of the iron.​

Ingredients that feature in this range included shea butter, murumuru butter, fenugreek oil, and grapeseed oil. According to the firm, the products work for all seasons “all-season curl definition and moisture retention”.​

Along with the launch, the company announced Indian actor Taapsee Pannu as the line’s celebrity ambassador.

“Few Indian personal care brands have catered specifically to the needs of the curly hair community. ​Around 60% of the world’s population has curly or wavy hair and the lack of Indian celebrity endorsements for this community is surprising.​“, Madhok said.

“We were thrilled to have Taapsee Pannu on board as Arata’s CurlFriend…We love her authenticity and the way she embraces her curls in their true form, hence the collaboration just makes sense.”​

This reflects trends in North America and Europe which have seen more acceptance for natural hairas more and more people have begun to embrace inclusivity and diversity in recent years.

“In recent years, retailers have seen an increase in demand for curly hair management products. This awareness has been generated in part by the community of curly girls and guys who have accepted and embraced their natural hair style. and encourages others to do the same,”Bhasin told CosmeticsDesign-Asia.

He added that the company is considering the range’s potential beyond its home market.

In addition to hair care, the company’s product development pipeline will include expansion into the oral care, body care and facial care categories as it pursues its ambition to be a “one-stop-shop ” for consumers of beauty products.