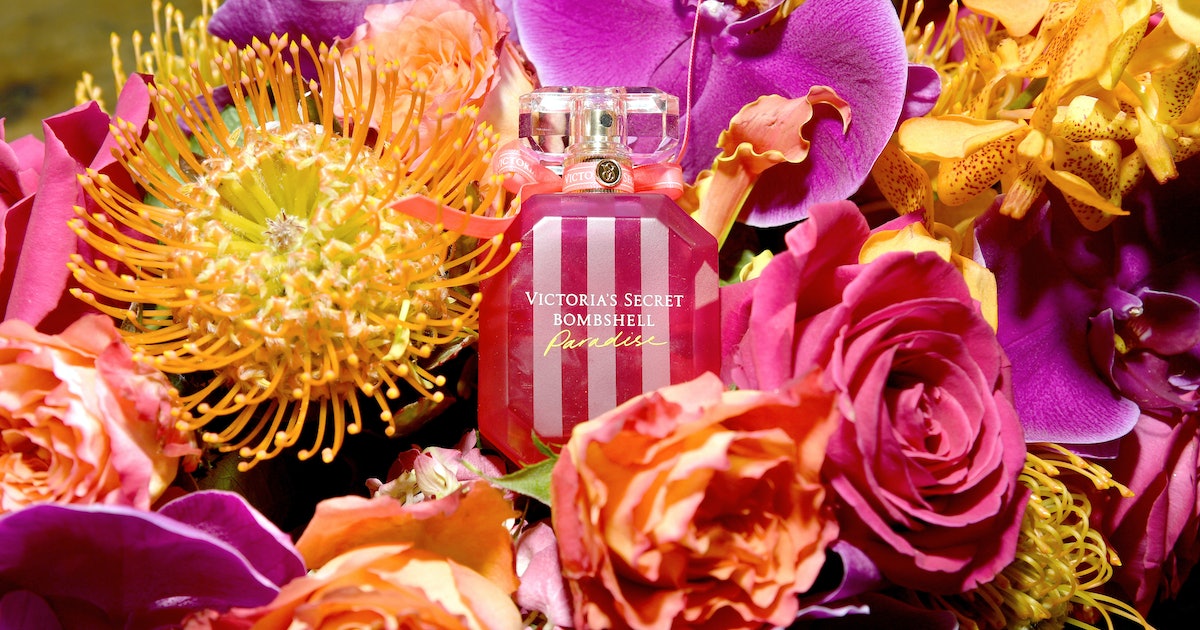 TikTok is full of *imaginative* beauty tips. As a 20-something with a TikTok account, I’ve seen my share of wild makeup ideas and viral beauty hacks. Some of them are unusual, some are oddly satisfying and oddly effective, but the latest one literally left me speechless. The TikTok girls are using a Victoria’s Secret perfume as mosquito repellent and their efforts have gone viral. This particular TikTok trend, part ingenuity, part life hacking, could be a game-changer if, in fact, it actually turns out to be effective. Still, it’s wise to be wary of TikTok trends, especially when your health is at stake, so I asked the experts if the TikTokers who swear Victora’s Secret perfume works to ward off mosquitoes are onto something.

I am a mosquito magnet and this is honestly the pits. In hot weather, it’s nearly impossible for me to get out and not get a million little itchy bites all over my skin. Unfortunately, one of the only ways to combat these nuisances is to use smelly repellents. DEET, the main ingredient found in most insect repellents, works wonders, but smells terrible. Forget trying to mask the chemical smell with your favorite signature scent. Mixing perfume with insect repellent creates a far from pleasant scent profile, so if one of Victoria’s Secret’s delicious scents can help ward off mosquito bites, the world will never be the same.

TikTokers don’t recommend just any VS scent, but one of the brand’s most popular scents. Victoria’s Secret Bombshell Eau de Parfum blends peony and orchid notes with pine for a fruity, floral scent people love. Whether or not it keeps mosquitoes away is hard to say. So I contacted Dr. Shuting Hu, cosmetic chemist and founder of Acaderma, and dermatologist Dr. Marisa Garshick to help me get to the bottom of it.

It all started with a video posted by @absolutely.lm on July 2. The Journal of Insect Science. In it, the researchers claimed that Victoria’s Secret Bombshell Eau de Parfum was “a powerful repellent with effects lasting over 120 minutes.” Interesting, sure, but since @absolutely.lm’s video has over 3,000,000 likes, it’s worth checking with secondary sources before you throw in your real bug spray.

TikToker Kaylee McCarthy had the courage to test the theory on July 9 in Alabama. She sprayed herself with Bombshell and went to her garden. For her, the scent worked. “I can see them flying, but I’m not bitten. Holy shit! It could work,” she said.

The experts I spoke to were dubious. “I don’t believe this scent would repel mosquitoes. Due to the innate consumption behaviors of mosquitoes, Victoria’s Secret Bombshell perfume would essentially attract [them]says Dr. Hu.

Despite the 2015 study and the TikTok hype, Dr. Garshick believes that for this hack to work, it would have to be taken to extremes. “In this particular study, higher concentrations of these particular scents were used and at lower concentrations it may not be as effective,” she told Elite Daily. In other words, if you want Bombshell’s alleged repellent powers, you’ll probably have to dabble in it. Representatives of the Victoria’s Secret brand agree. “Our fragrances are not designed and have not been approved for use as insect repellent,” they shared when Elite Daily asked for comment.

We may receive a portion of sales if you purchase a product through a link in this article.

At the end of the day, it sure seems like a lucky few have had success with this viral perfume hack, but now is not the time to throw away your bug spray. If you’re feeling really inspired, there’s nothing stopping you from swapping the DEET for the much milder-smelling Bombshell Eau de Parfum, but it might be a good idea to bring both on your next outdoor adventure. air.

Be the first to know what’s trending, straight from Elite Daily

Amazon Freedom Sale: Up to 70% Off Skincare, Haircare, Bodycare, and More | Most Wanted Products