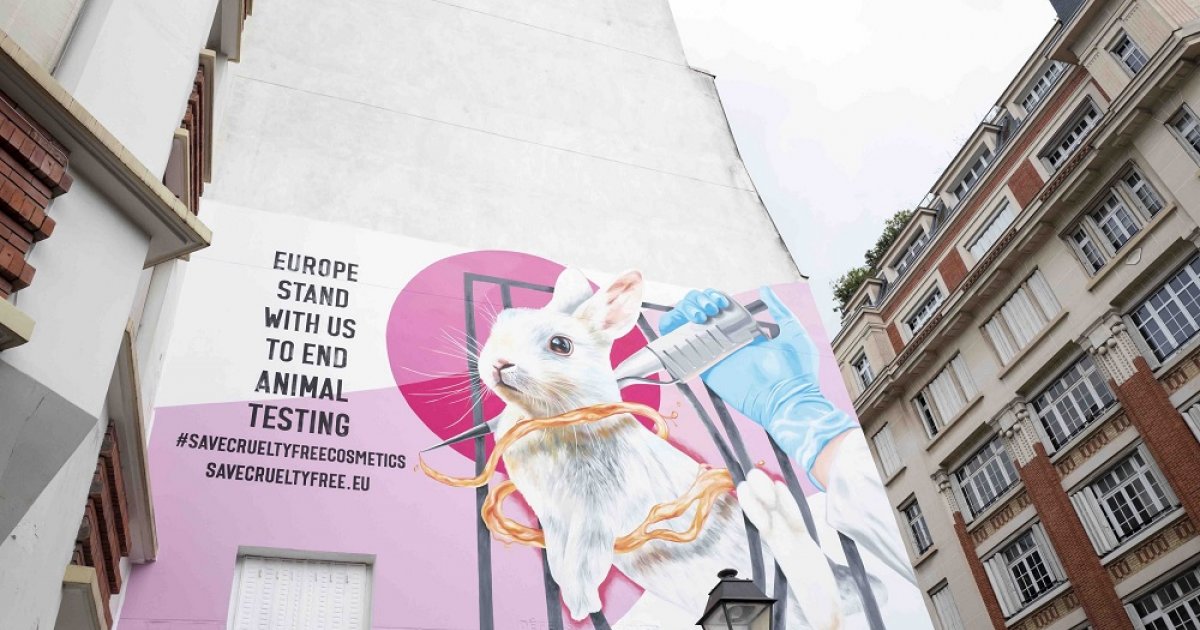 PARIS, September 1 – In association with several international organizations, The Body Shop and Dove are joining forces to demand compliance with laws banning animal testing in Europe by launching a petition to collect one million signatures.

The initiative follows a recent request from the European Chemicals Agency to conduct new animal testing for certain ingredients used in cosmetics.

Animal rights groups and cosmetic industry giants are joining forces to say no to animal cruelty.

The Body Shop and Dove, with the support of organizations such as PETA, Cruelty Free Europe, HSI, Eurogroup for Animals and ECEAE, today call on European citizens to mobilize against these decisions by signing a â€œEuropean Citizens’ Initiativeâ€ petition now available online.

In a joint statement, the brands explain that animal testing is no longer necessary to ensure the safety of cosmetics, as modern, scientific, non-animal and equally relevant human methods have been developed and used by specialists since. decades.

After numerous campaigns and advances in the fight against cruelty to animals, the ban on the sale of cosmetics tested on animals in the European Union came into force in March 2013.

The ban has proven to be a model in the field, inspiring debate and reflection in many other countries around the world.

But NGOs and cosmetics industry players now fear a return to the past following a decision by the ECHA Board of Appeal in 2020 to perform animal tests to assess two substances, homosalate and salicylate. of 2-ethylhexyl.

â€œAt Dove, we are passionately opposed to animal cruelty. We firmly believe that animal testing for beauty products or their ingredients has no role, and we have been developing safe and humane alternatives to assess the safety of products and ingredients for many years. This commitment prompts us to take urgent action to protect the ban on animal testing in the EU, â€said Firdaous El Honsali, senior director of global communications and sustainability at Dove.

In order to make the presence of this European petition known to as many people as possible, The Body Shop and Dove are taking to the streets of Berlin, Paris, Milan and Madrid with a large-scale awareness campaign.

Citizens will be able to discover dedicated works of art on the walls of their cities, accompanied by a slogan calling on people to join the fight to end animal testing and save cruelty-free cosmetics in Europe.

The campaign is being carried out hand in hand with artist and activist Nina Valkhoff.

â€œIt’s sad that, once again, we have to fight a battle that European citizens thought we had already won, but with a successful European Citizens’ Initiative (ECI), we can make decision-makers listen, protect revolutionary bans and secure a concerted action to end animal suffering in EU laboratories for good, â€hope the animal protection groups involved alongside the two cosmetic brands. – ETX-Studio

Africa’s resilient mind captures the heart of a skincare entrepreneur