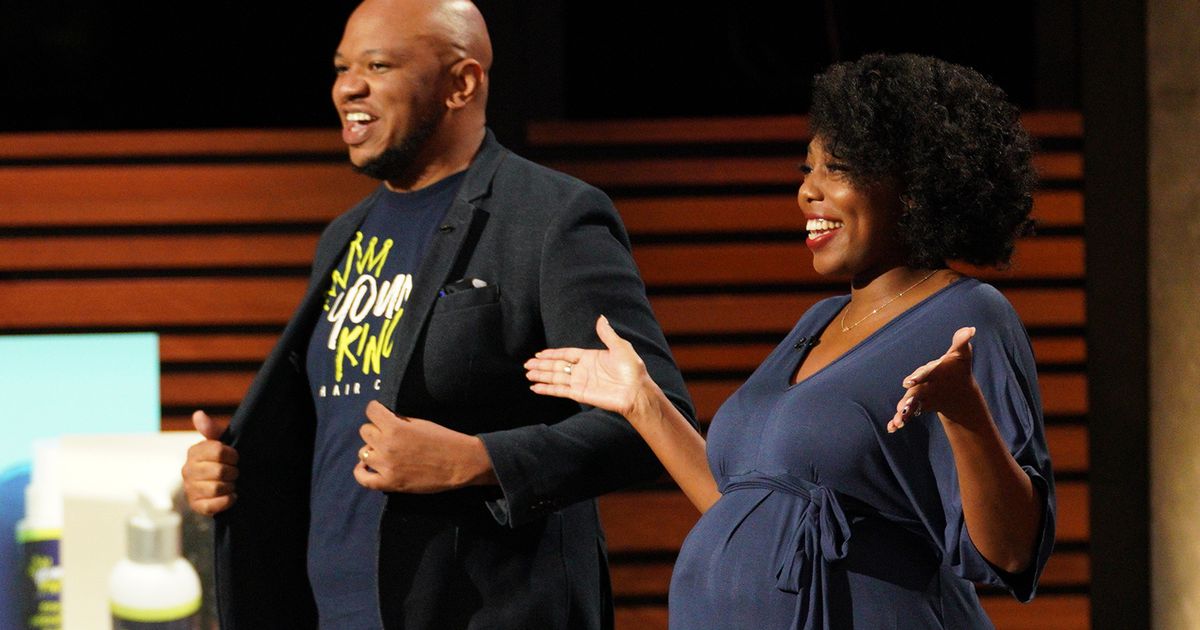 As is often the case with many “Shark Tank” participants, their ideas came from a problem they faced as parents. “Kids change your whole perspective,” Cora said.

They had a young son Kade in 2017 who had a full head of natural textured hair out of the womb. “I was trying to find clean, natural hair products for her,” Cora said. “There really wasn’t anything specifically designed for boys of color. It was all about women.

If her hair became dry, it would break. Many families simply cut their hair to make things simpler, but they wanted Kade’s curls to shine. So they found a chemist to create the appropriate formula of natural herbal ingredients that would properly nourish and maintain moisture in the hair. Then they signed with a black-owned female manufacturer.

Their best sellers are the bundles containing shampoo, conditioner, curling cream, mousse and/or essential oils. Package prices range from $25 to $88. 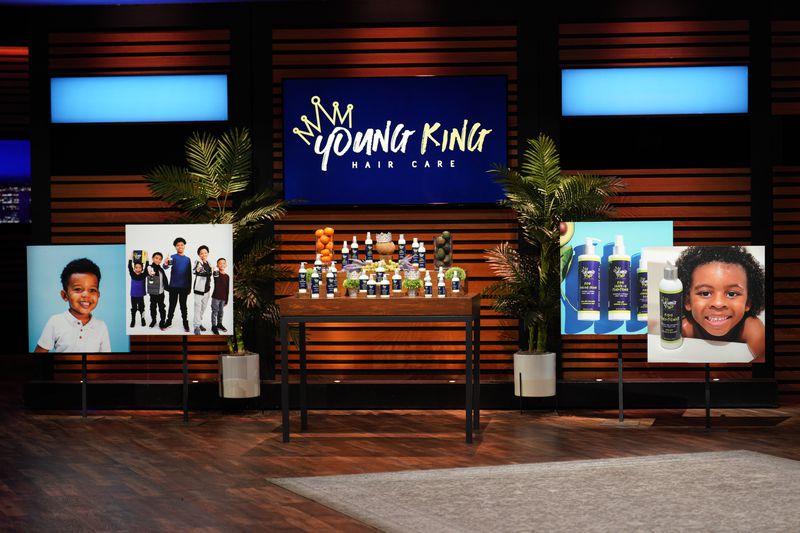 Young King products were an immediate hit in 2019. They were quickly placed in Targets and Wal-Marts nationwide. (They were part of a special target acceleration program that Range Beauty was also.)

Their original rollout was supposed to feature pop-up shows and tours. “We wanted to bring the products directly to people,” Stephen said. “Then the pandemic stopped everything.” They opted for digital marketing and built an online community using Facebook and Instagram as well as an email list.

The 2020 George Floyd protests also benefited their business. “There was a lot of focus on black-owned businesses,” Cora said. “We were put in this conversation. Our corporate foundation has always been around young men of color, how to uplift, celebrate and meet their needs.

“Shark Tank” was a source of inspiration for the couple. They watched 10 seasons of “Shark Tank” before appearing. “We are fans of the show,” Stefan said. “While we were building Young King, we were watching ‘Shark Tank’ in the middle of the night. They contacted us last spring. We went through the whole process and we did it. Their episode was taped last fall. .

“With the pregnancy brain, I was really trying not to forget anything,” Cora said.

“I have a newfound respect for everyone who’s been on the show,” Stefan said. “We prepared like a 10-page package of potential questions.”

The Sharks asked if they were already profitable. Stephen said no. He said 70% of the cost goes to marketing because it’s a new brand. Cora said it raised $1.6 million from investors in a round that ended in March 2021.

“You’re on the right trend and put these gorgeous men like your son on the face of the product,” Greiner said. “It’s a super competitive space and I have a major concern to turn it into something huge. I’m out.”

John said he couldn’t support this investment for such a small share of the business and said he was out.

Cuban said the company markets itself as a big business and she is skeptical of its suitability because he likes it “skinny and mean”.

Herjavec said the product line seemed too narrow to him. Cora tried to make the point that they wanted holistic solutions for a wide range of ages. He said the 2.5% was too low for him, but praised them for their impressive achievements so far before saying no.

Herjavec came back and offered 50 cents per product until he got double his return. Royalty stops, then he gets 5% equity which converts when the business is sold.

Stefan said they had to consider cash flow and the royalties were too much for them to accept, so they left.

In a follow-up interview, Stefan said a 75-minute conversation was cut to 10 minutes, but most of the positive statements survived. He said the royalty amount was too high for their appetite. He also said the company had grown so much over the time she applied for the show to the point that she pitched to the Sharks that she could only offer a very small percentage of ownership.

He and his wife had hoped to get a line of credit and maybe some advisory stock from a shark or two. He also thought Cuba would be a likely investor, but was surprised at how quickly the billionaire entrepreneur shot them down.

The Millers had hoped to use the Sharks’ ties and connections to expand their business. But for now, they’ll do just fine on their own, adding a skincare line for boys and young men.

Sydney Sweeney just revealed what her must-have perfume is